I have had the pleasure of meeting four authors. Here, I’ll talk about those experiences.

Cinda Wlliams Chima. My high school was pretty big (almost 4000 students while I was there, and growing). God knows how they managed to get multiple best-selling authors to come in and talk to a bunch of high schoolers.

Cinda Williams Chima wrote the Heir Chronicles, which I’ve briefly mentioned in one of my previous posts (4 YA Series I Love). I read all of these novels when I was young. Magic, love, war- perfect for an angsty teenager.

When I heard that Chima was coming to my school during my study hall, I went crazy.

Chima talked about the writing process and her future projects, and she signed my copy of her first book, Warrior Heir. Very kind. Also, shorter than I expected, but everything I wanted. 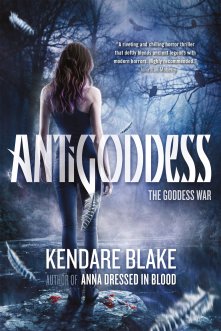 Kendare Blake came to my school a few months later. Yes, my high school got two authors in one semester.

I hadn’t read any of her novels yet, and I mostly went because I really wanted to start a collection of signed novels (which I have made significant headway on) and I wanted to do something fun at school for once.

I bought Antigodess that day. She signed it and talked to me. Turns out, she’s one of my friend’s favorite authors.

James Patterson gave a talk at my college a few years later. I had only read a few of his novels, but I went for my mom, who is a huge fan of his. I hadn’t considered inviting her to drive the four and a half hours to join me. She told me afterwards that she would have called in sick. Oh, well. I can’t change the past.

I did, however, get his new book signed for her and gave it to her as a birthday gift.

Michael Ludwidge was also there. My mom and I didn’t care that much about him. I was there for James Patterson.

Christopher Paolini, another one of my favorite young adult authors, and also another favorite of my same friend as mentionedabove, recently released a new novel. It’s only his fifth novel, and it’s significantly shorter than the previous four.

He’s nice, funny, and somehow got one of the last flights into Chicago during one of those big storms this winter. His sister and co-author unfortunately didn’t make it in. My friend and I drove 40 minutes (the drive is usually 20 to 25) in the middle of a sub-zero snow storm to meet this guy.

Paolini was also shorter than I expected.

It was a very informal Q & A followed by a signing.

Moral of the story is: meet your favorite authors. Meet all the authors you can. They will not disappoint, and maybe you’ll find a gift or a new book to read.